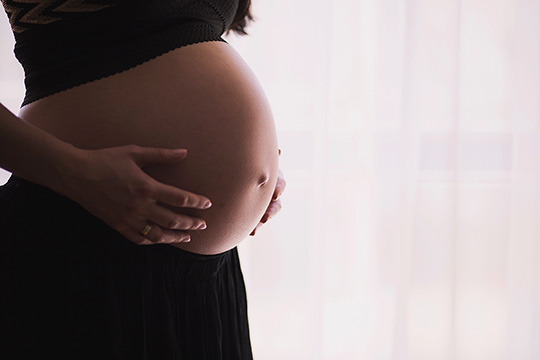 February 4, 2022 — new study by CDC authors and global partners in the journal Influenza and Other Respiratory Viruses highlights the burden of flu among pregnant woman and their infants in the tropical African nation of Kenya as part of a broader effort to raise flu vaccination rates among pregnant women globally. The study found that women were twice as likely to get sick with flu during their pregnancy compared to after their pregnancy and that flu illness also was more common among women with HIV. Like many middle-income countries, Kenya does not have a flu vaccination program. This study, which underscores potential benefits from maternal flu vaccination in Kenya, is the latest study in an international effort to document the global burden of flu among pregnant women to help inform policy for the use of maternal influenza vaccination.

This study in Kenya is among few that have explored flu disease burden among pregnant women in tropical or middle-income countries. The study in Kenya enrolled 3,026 pregnant women and 2,550 infants during June 2015 through May 2020. The study looked for prenatal incidence of laboratory-confirmed flu among mothers and postnatal incidence among mothers and infants. The study confirmed that pregnant women were more likely to get sick from flu during their pregnancy compared with after they give birth. Additionally, like Kenya, many tropical areas of Africa have higher prevalence of diseases like HIV, tuberculosis (TB), and malaria that may influence both the incidence and complications of flu illness.

The World Health Organization (WHO) recommended in 2012 that countries prioritize pregnant women for flu vaccination. This study’s findings suggests that Kenyan authorities should consider the value of vaccinating pregnant women, especially if they are HIV-infected because they are at higher risk for severe influenza illness or mortality.

Previous U.S studies have shown that pregnant women are at higher risk for flu-related complications and hospitalization and frequently seek medical care for flu-related illness. Changes to the immune system, heart, and lungs during pregnancy make people more susceptible to influenza severe enough to cause hospitalization throughout pregnancy and up to two weeks postpartum. Influenza also may be harmful for the developing baby. Influenza illness may be associated with late pregnancy loss or low birth weight. Parental vaccination also can help protect a baby from influenza after birth (because antibodies are passed to a developing baby during pregnancy).

Getting an influenza (flu) vaccine is the first and most important step in protecting against flu. Pregnant people should get a flu shot. Flu shots given during pregnancy help protect both the pregnant parent and the baby from flu. A list of recent studies on the benefits of flu vaccination for pregnant people is available.

National Academy of Medicine: “An effective pandemic preparedness and response system is possible”

The New York Times: “Flu Season Is Coming. Here’s How to Prepare.”

The Hill: “Nation warned to brace for a difficult flu season”