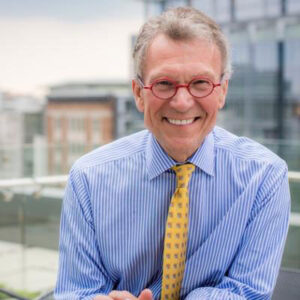 Chairman of the Coalition to Stop Flu

Senator Daschle is also the Founder and CEO of The Daschle Group, a Public Policy Advisory of Baker Donelson. The Daschle Group is a full-service strategic advisory firm that advises clients on a broad array of economic, policy and political issues.

Senator Daschle has participated in the development and debate of almost every major public policy issue of the last three decades. In 1978, he was elected to the US House of Representatives, where he served for eight years. In 1986, he was elected to the US Senate and was chosen as Senate Democratic Leader in 1994. Senator Daschle is one of the longest serving Senate Democratic leaders in history and one of only two to serve twice as both Majority and Minority Leader.

During his tenure, Senator Daschle navigated the Senate through some of its most historic economic and national security challenges. In 2003, he chronicled some of these experiences in his book, Like No Other Time: The 107th Congress and the Two Years That Changed America Forever. In the 2013 release of The US Senate: Fundamentals of American Government, Senator Daschle explores the inner workings of this important part of the legislative branch.